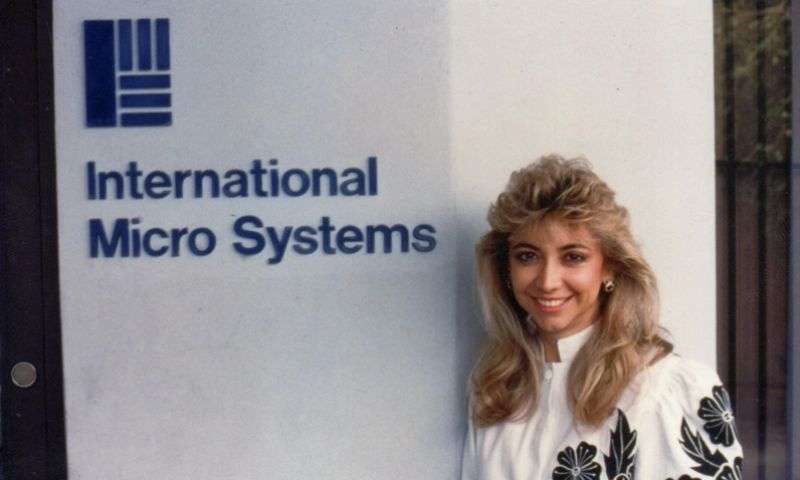 Maria Elena Ibanez often describes herself as a serial entrepreneur, and it’s easy to understand why. She has successfully launched and sold two high tech companies and is now taking the Hispanic food market by storm with the El Latino brand of cheeses, meats, breads and smoothies.

Maria Elena grew up in Barranquilla, Colombia in a large family of seven children. Her father, who was born in Spain, managed a number of fruit groves and was an entrepreneur who built several companies including brands of orange juice and other fruit drinks. Her parents encouraged all of the children to develop strong mathematical and analytical skills, to continually learn new things and never become bored.

The family would come together on weekends to play games that involved math to develop and hone these skills. These skills were used extensively when as a teenager; Ibanez began working in the accounting department at her father’s business during the summer. She traveled with her dad to visit major customers in the Caribbean, and sat in on business meetings.

Maria Elena with parents at high school graduation in Colombia

While attending high school she enrolled in a computer-programming course and loved it. With the newly acquired computer programming skill she designed an accounting system for her father’s business. It worked like a charm and her father was so proud and impressed he told his friends. This led to Maria Elena making her first sale; in fact she sold the system to five of her father’s friends for their businesses.

A software engineer and entrepreneur is born

The sale of the accounting system was a defining experience in Ibanez’s life. She had the drive to pursue computer science and left Colombia to attend Florida International University (FIU) in Miami. Maria Elena graduated with a degree in Computer Science. While at FIU she secured her first job as a ‘trouble shooter’ in their Data Center and also served as a technical services resource for the university’s professors conducting statistical data analysis experiments.

During this time Ibanez was also pursuing a Master of Science in artificial intelligence. Maria Elena’s friends thought she was crazy …it was at a time when there were very few women pursuing computer science as a career.

While working on her Masters degree, she redesigned her father’s business accounting software. She then went back to Colombia and installed it at her father’s company. It was the only Spanish language software available for the PC.

Maria Elena realized the software was in demand started selling the software to IBM resellers in Latin America and International Micro Systems was born. She didn’t finish her Master’s degree because she loved and was impassioned by the business world. Her company was growing exponentially and was recognized by several business publications as one of the fastest growing private companies.

Eventually Ibanez sold the business and with a “non-compete” in place she did what most people would do, she retired. She used the time off to pursue excelling at water skiing and scuba diving. “I gave away all of my business suits and three weeks later I was bored.”

While sitting in her home office, Ibanez found herself gazing a globe on her desk and asked herself if it would be possible to replicate her success in another market. With a spin of the globe Africa became the next market where she would apply her experience.

She started a new company, International High-Tech that focused on exporting computer products to emerging markets in Africa. Ibanez soon became knowledgeable in import regulations, local competitors and the political landscape. To better communicate with her customers, Maria Elena refreshed the French language skills she had learned while attending a French Catholic school in Colombia. When shuttling her daughter back and forth from school where the curriculum is taught in English and French, the two began to converse about the day’s activities in French.

Within four years time, International High-Tech was exporting to 100 countries and generated annual sales of $8 million. After building this successful company she decided to once again sell. With the sale of International High-Tech came another stint at retirement — something that Maria Elena apparently is not very good at. What she is good at is turning an idea into a business. When Is an Oral Contract a Legally Binding Agreement?