For Hispanic Heritage Month Dr. Eduardo Montaña Jr. remembers his Colombian born father who made a difference in the rural U.S.

A wise man once said that to live a meaningful life a man must raise a child, build a house, plant a tree and write a book.  Men often live their lives contemplating their successes and failures, however, the veritable impact their lives have on those around them are best viewed posthumously.

Such is the case with my dear deceased father, whose decade anniversary of passing was celebrated this summer by loving family members on a small farm on the outskirts of his native Bogotá Colombia around a Magnolia tree brought from the U.S. where some of his ashes were placed.

My father, born in Colombia in 1937, had lived his formative years during a tumultuous time of the dictatorship of General Rojas Pinilla and La Violencia.

He marched alongside other university students protesting in the streets of Bogotá demanding basic civil liberties, justice and equality for all the citizens of this evolving South American Republic. His aspirations were to be a political journalist and through words uncover the socially unjust nature of the ruling elite.

He was temporarily expelled from the Javeriana Jesuit University where he studied for distributing amongst the students poetic political satire he had penned. Later he entered Medical School convinced that he could best serve society by serving children and their families.

In search of a future for his young daughters, before I was born, in a place where he heard freedom and democracy prevailed as basic civil liberties, he pursued a Pediatric Residency in the rural U.S. and accepted a permanent Visa to move to Roanoke Virginia in 1961.

Upon arriving, He was astonished to witness the turmoil the U.S. civil rights movement, segregation and the Vietnam War was having on the American Way of Life. Having served a sense duty to his new country, he served in the U.S. Army as an officer caring for the families of soldiers during wartime at Fort Benjamin Harris in Indiana. A rotating residency took my family through cities in the North, Mid-West and East Coast. However, my father settled for a position as a Pediatrician in the Deep South, facing head-on the challenges of racial discrimination and inequalities in the U.S. Georgia during the sixties was a rural. Mainly agricultural landscape dotted with mid-sized cities and towns reeling from the impact that desegregation was having on its way of life, a time where people of color were African Americans who were required to play a subservient role and primarily occupied the domestic and service industries. The introduction of Hispanics into Georgia was exceedingly slow, much less Hispanic medical professionals who would care for our children. My father’s charisma, compassion and sense of humor

enamored the local white folks, who came affectionately to know him as that doctor with the funny accent or Latin lover, common stereotypes from Desi Arnez on the “I Love Lucy” show. My father’s dark features and brown skin often confused folks for who there were only black floor white folk.

Rural Pediatricians at that time routinely tended to house calls, delivered babies and accepted all forms of payment including baked goods and livestock. As the young son of a Pediatrician in rural Georgia, I often witnessed sick or injured persons knocking on our front door wanting to see the doctor. It didn’t matter that he was trained to care for infants and children, he took all comers. Everyone asked for the good Dr Montaña or Sr. Montana as they called him having no idea what a tilde was used for.

His 40 plus years of caring for families and their children through all of lifes struggles, celebrations and tragedies would fill up volumes of encyclopedias with anecdotes and life lessons. His experience raising his own three children and seeing his youngest son (moi) graduate from medical school, he would later say were his finest moments.   Mothers would honor him by naming their infant’s after my father, using his Montana. In my current day medical practice not a week goes by that I do not relish in a story from a patient who was my father’s patient  or knew of my father’s good deeds. Many of them will relay lengthy stories of him with reenactments of his mannerisms or accent in my exam room as I just listen in wonderment. A decade after his passing and his life story is still being told by those he touched.

He built many houses; houses of dreams and aspirations that he instilled in many families, students and colleagues. He lived larger than life and always took the opportunity to meet someone, get to know them and learn from them. In this way he taught those around him that which he held as a fundamental belief, that listening was far more important than talking.

He was famous for saying “Are you listening to what they are saying or just waiting for your turn to talk?” His sayings and teachings themselves could fill a book. His patient guide: A Visit with Your Pediatrician has been through many editions and is still used by tens of thousands of his patients. It is filled with pictures of his children, 8 grandchildren and patients at all stages of life. He lived and was driven by the vitality and the youth of children.

My father, a wise man, also human and vulnerable, I am fortunate to have had an adult relationship with him prior to his untimely death at only 67 years of age from Leukemia. I prefer to dwell on his life not his illness.   It is through his life that I have found the strength and the rules that guide my life.

The most important lesson he taught me was that he wasn’t perfect and made many mistakes. On his deathbed he offered an insightful review of his life and he shared what he learned with me. He told me that first he had few regrets and second he thanked God that he never faced a problem for which he could not find a solution.

His parting words that balmy summer day in the ICU at MD Anderson while he tightly held my hands, were imposing me to find happiness however and wherever I could. Basic advice but deeply personal and profound, happiness is a state that eludes so many people in our busy lives.

Having simply been his son and lived in his world happiness or Joie de Vivre was a blessing . I must now decide how I will choose to write the second half of the book of my life story and pass it on to those whose lives I touch.

Hispanic Heritage My Parents My Heroes 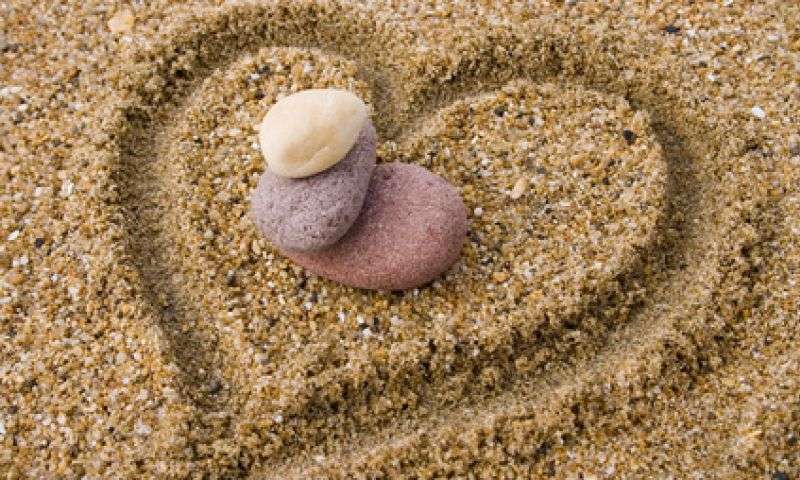